Rain Tree facility for the elderly finally finds a home 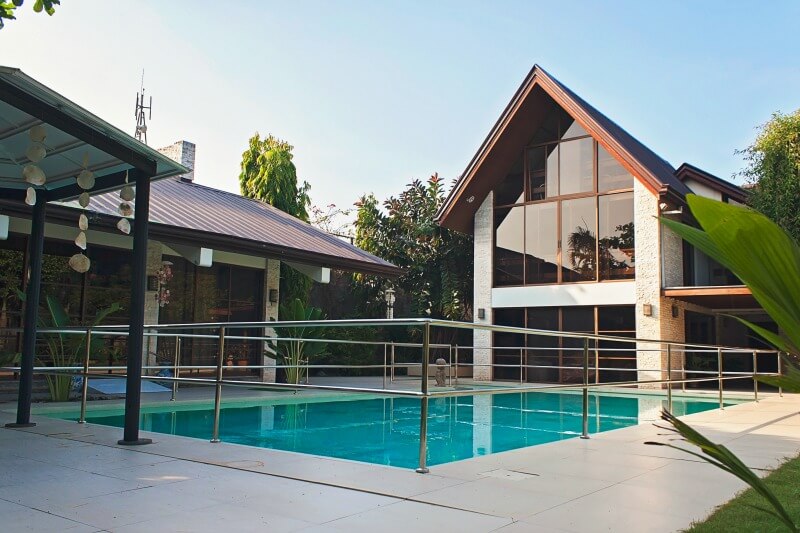 WHAT do you do when the people who need the most help don’t get the assistance they need?

This was the question former Retirement and Health Coalition Executive Marc Daubenbuechel, a German national, sought to answer when he was working with the European Chamber of Commerce (ECC) in 2006.

hat year the ECC, in partnership with the Department of Tourism, the Department of Health and the Philippine Retirement Authority, sought to bring in foreign retirees in order to address the problem of unemployment, especially for nurses, and also provide decent housing for the retirees.

“If you look at why the Philippines makes sense for foreign retirees, it’s because its population is English speaking, and it’s basically pretty much a Westernized nation. You don’t come here and feel like you’re totally lost, and you have good health workers, especially the nurses,” Daubenbuechel told the BusinessMirror.

As he continued to get retirement requests from foreigners and Filipino-Americans living with elderly family members, a new question arose: If the Philippines is taking care of foreign retirees, who is taking care of the Filipino retirees?

“You need to ensure that you can take care of your own population with regards to health-care needs,” Daubenbuechel said. “If you look now at inviting foreign retirees and we are not even able to look after our very own elderly in the Philippines, I think there is something wrong.”

This growing concern sparked an idea that after much hard work, struggle and dedication, became a reality and, thus, Rain Tree was born.

Rain Tree is Daubenbuechel’s first project that caters specifically to the Filipino elderly. Described as a “home away from home,” RainTree is a geriatric-care facility and nursing home for those in need of assisted living and other types of care. Rain Tree also provides services for the elderly with special conditions, such as Alzheimer’s and dementia.

The facility has been open since June 15 and is currently in the process of marketing.

For Daubenbuechel, putting up a facility that specializes in geriatric care was not easy. In the Philippines nursing homes are viewed generally as commercial entities and, so, putting up one in a residential area or a village is something that would most likely be rejected. In fact, Rain Tree was rejected by 30 villages before it was finally accepted by Doña Rosario Heights in Muntinlupa City, where they are currently situated.

The challenges did not stop there. Though the facility’s mission in providing geriatric care is clear, Daubenbuechel said there is still a stigma attached to nursing homes, something he eventually hopes to change.

“The perception here is nursing homes are a bad thing; it’s not part of our culture. People who neglect their parents or elderly are bad. This is something I’m trying to change,” Daubenbuechel said.

“In the Philippines people always look up to the doctors. The doctor knows it all. Now the challenge with the nursing home is, a nursing home is not a medical facility, but people expect there should be doctors, or that doctors should run the facility. But it’s actually not. In countries where homes for the aged are accepted, like in the United States or Europe, it’s run by the nurses. It’s a nursing home, not a doctor’s home,” Daubenbuechel said.

Rain Tree pegs its services at a starting price of P45,000. Though it may seem like a tall price to pay, the price is inclusive of a fully furnished and air-conditioned room, nursing care and other support services, daily meal—including special diet—individual laundry and housekeeping services, social activities and entertainment (depending on the resident’s needs), and monthly consultations with visiting doctors, an additional P800 per visit.

The expense of the resident’s stay increases as the resident moves up a care level, or is in need of more intensive care. Daubenbuechel said this would entail an additional P15,000 to P20,000.

One of Rain Tree’s most notable features is the intensive training of their nurses. Because the facility deals with residents with special needs, especially those with Alzheimer’s and dementia, they need nurses who provide not just physical care, but psychological and emotional care, as well.

The nurses at Rain Tree are trained under the supervision of Daubenbuechel’s mother Carol Daubenbuechel, a director of nursing in a geriatric school in Germany. They undergo this training for one month, which is composed of videos from the facility’s head nurse—an international patient-safety trainer—as well as a 700-page quality management document that contains the standards for long-term care. Daubenbuechel said it is necessary for the nurses to be trained according to this standard, otherwise, the resident would not get the quality care they need.

Since a good percentage of Rain Tree’s residents have Alzheimer’s and dementia, the nurses are trained to approach them in a way that is tailored to the resident’s behaviors, attitudes and emotions. In short, they serve mostly as a guide to help the residents perform their necessary daily tasks or to process information.

“My typical interview question is, you have a lady in this house, she’s 85 years old, and she always wants to see her husband, who passed away five years ago. What do you do? Basically 95 percent of the cases, the nurses would say I would tell her the truth because she deserves to know the truth. Part of the training is that you can solve this differently. ‘Lola, your husband went on a business trip to whichever.’ Usually you know what the history of the husband was.

“You can tell the lady ‘But if you want, we can sit together and write him a post card or a letter.’ And then you write the letter, bring it together to the post office, depending on which state the lady is. So you give her activity on one hand, and spare her the suffering by knowing that her husband is dead,” Daubenbuechel said.

He also said the more experienced a nurse is in handling residents, the higher care level she is ssigned to. For example, a nurse who has been with the facility for several months would be assigned to a resident who is in need of Care Level 2, or even 3.

Now that he has a facility that is up and running, Daubenbuechel does not plan to stop there. He plans to open up the facility not just for possible residents, but for village executives who might be interested in having Rain Tree in their residential area.

“The main reason I started this is I would like people to see a home for the aged is not that bad. Executives of other villages can see and understand what we do. I always say the first project is the most difficult and you need to open a door where people understand Hey there is nothing I got to be afraid of,” Daubenbuechel said.

Daubenbuechel is also endeavoring to create a new initiative to tie up to the Rain Tree project—bringing geriatric-care education to the Philippines.

Currently, he is partnered with Procivitate, a public-private partnership with the German government, which trains Filipino nurses in German and geriatric care before they are dispatched abroad. Because this initiative exists, he aims to extend this further to families, so that they would know how to deal with and take care of their elderly family members.

Daubenbuechel is in the process of forming an alliance with seven nursing homes to ensure the government will create measures to assist and provide for the elderly. He also plans to partner with the Department of Social Welfare and Development to shoulder the supplies for the Golden Acre’s nursing home.

Though it is starting small, Rain Tree is a big step forward for geriatric care in the Philippines. Already, there is a silver lining for the 7 million elderly Filipinos who do not have the care they need. Hopefully one day, Rain Tree will be found not just in its home in Muntinlupa City, but all over the country, helping those who definitely need it the most.

This article was originally published in the Business Mirror on September 9, 2016.

We Care. We Value.

Due to high demand, we are mostly fully booked. Please inquire through our contact page or phone to check if we have an available room.

Please be informed that we do not allow oculars in our facility to protect the privacy of our residents. You can first schedule a consultation call with us. Thank you for understanding.